Earlier this year I completed a rather large commission for a 54mm castle. The piece was to be based on Blackrock castle in Ireland. This is a standing today but the current structure was not built as a defencive building so I had to add a few bits, such as a gatehouse to make it look more medieval. 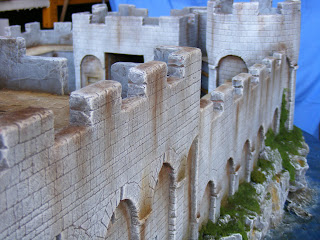 It is an interesting structure with one large turret dominating it along with a number of smaller turrets that are dotted around the wall. It is also perched on top of a cliff overlooking water and it has  a water gate opening up into the overlooked water. I was hoping the contrast of the shiny water and the grey of the castle walls would complement each other. It all worked out in the end.

Overall, the job took about 4 months to complete and hours spent on it added up to about 250 over those 4 months. The castle was set into an oval base about 6 feet long and 3 feet wide. The castle needed to have space around it for the enemy to be displayed so overall the castle was probably 5 feet long and 2 feet wide. It was over 2 feet high at it's highest point. 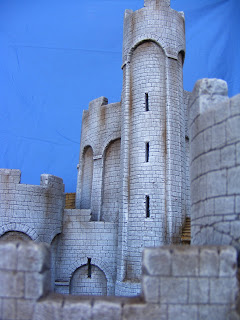 It was made from mainly foam board very well reinforced along with balsa wood and some laser cut circles for the insides of the turrets to make sure they were circular. 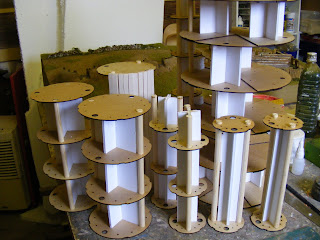 Once I had the structure built everything was covered in air dried clay- Daz Pronto and once it was dry I carved it all to look like stone. By the end of it my fingers were a little sore! 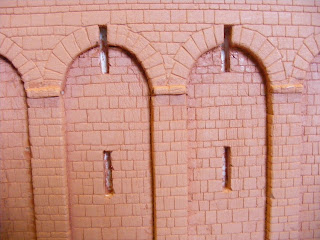 I now had a red castle so I started painting it with a dark grey and slowly worked up to a lighter grey. I then washed it all over with raw umber and once that was dry I dry brushed the whole thing 'up' again with a series of greys and a final going over with a bit of white. 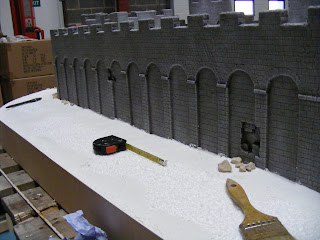 The final touches to painting the castle was to weather it down a gain a little with raw umber just highlighting areas and adding water streaks and things like that. This is one of my favourite parts of the job as it usually comes alive at this stage and the castle was no exception. 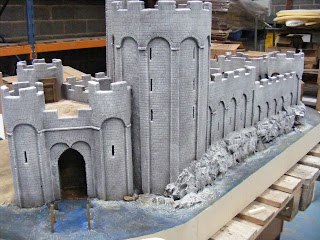 You can see the water as well in the is photo. I covered the water area in filler, covered it in PVA glue and then painted it until I was happy with the look and varnished it with gloss varnish.
The final touches were doing the rest of the landscaping, adding doors and a ramp to the main gate and that was it.
This was probably my most ambitious project ever being so big that I had to higher workspace on top of where I usually work. It wasn't just big though- there was lots of detail and the water just seemed to make the whole thing into something spectacular. I just wished I had some figures that I could have used in the photos as that is when it would really come alive. Anyway, these next photos of it finished will have to do: 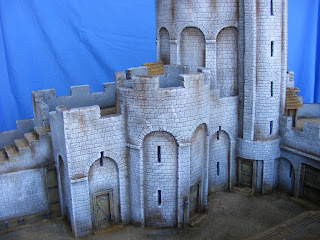 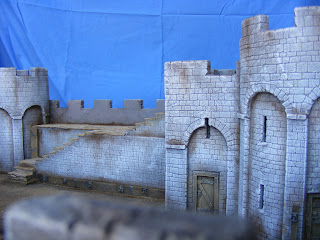 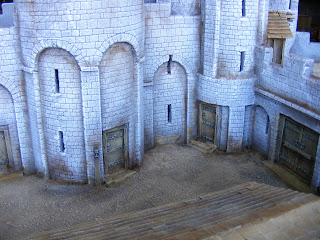 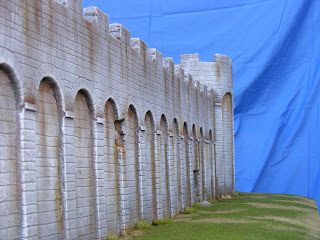 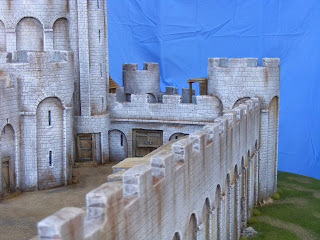 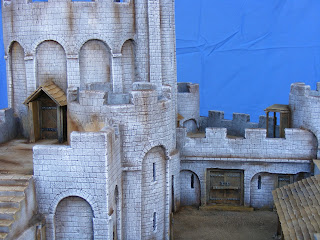 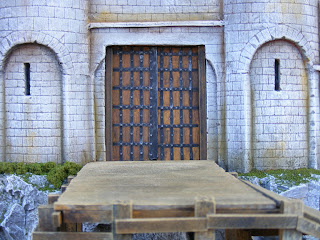 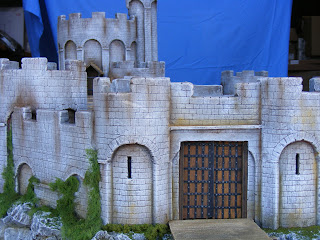 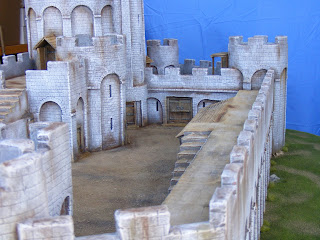 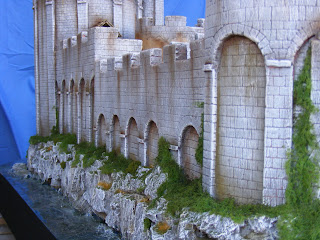 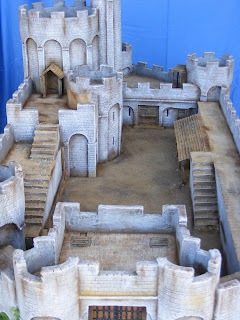 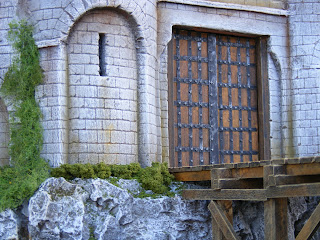 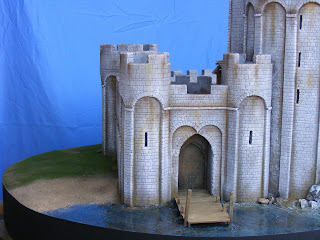 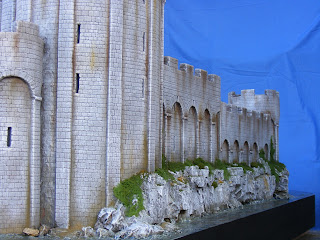 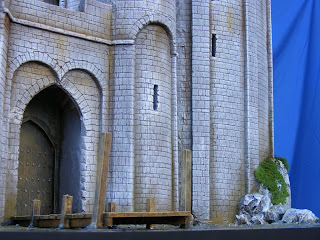 That is it for this one. If anyone wants a castle building please get in touch as I loved doing this one.

Email ThisBlogThis!Share to TwitterShare to FacebookShare to Pinterest
Labels: castles, one off buildings