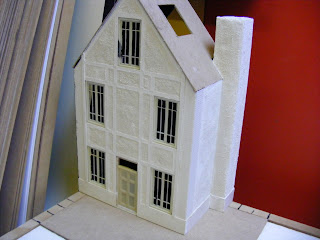 Life is starting to get back to normal now so should be able to start regular postings again.
To get going again, here is the final part of the Omaha beach building story- it is the best bit- when I get photos from the customer of it in action. It doesn't matter how well I make something it always looks better when you get figures involved.
The first few photos are very soon after my customer received the job with just buildings added to the landscape- the calm before the storm. 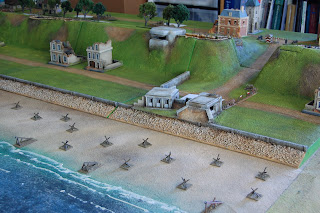 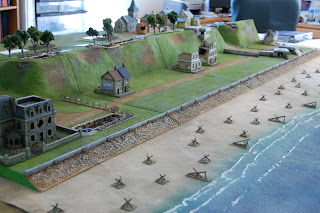 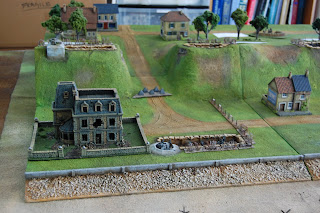 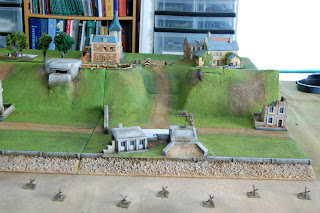 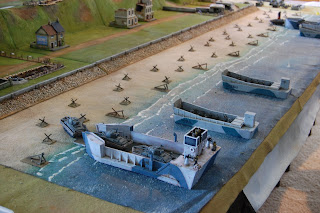 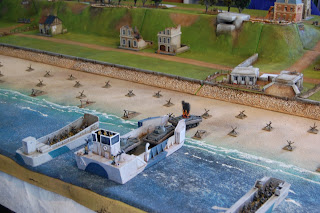 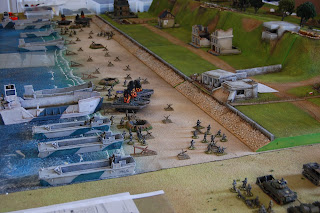 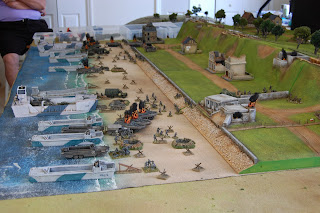 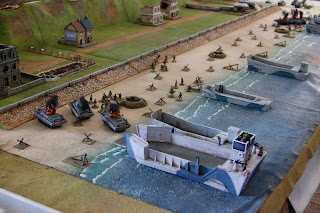 The photos stopped after this- I guess the war photographer bought it on the beach. Even early on it looks like a great game was had by all (except maybe for the allied armour commander).
I am glad I was involved in such a spectacle.
The landing craft all came from Ravensthorpe Miniatures. They shipped them to me, I painted them and then shipped them onto the USA. I am pleased how they turned out- it can be tough to make large flat, untextured surfaces look any good.
That is it for this project.