I finished part three off by saying part four would show the finished job so I have waited a bit longer than I had expected to post this final part but I have finished the models!
The last stage has been all painting really and adding a few little details.
I started with the usual base coat of yellow ochre and then washed with raw umber. The result at this stage is scary as it looks terrible-
Once you start adding dry brushes of cream, buff and other colours you like then it soon starts to come alive. I then start to paint in the details such as the windows and shutters. I give them a wash of brown as well and then go over them again. I find this blends them in with the rest of the building.
The final painting touch is to add some brown staining just to age it and add more colour variety.
Once I was happy with the paint job I added the street lights. These are plastic kits. They are 1/35th scale so over sized but somehow look right.
The very last thing was to add some telephone wire from house to house. I wanted to add them so they wouldn't be too vunerable during gaming so I made them detactable.
That is it!
Pictures tell the best story so here is a pile of them-
The first set are of the single house with the ornate front and front garden. 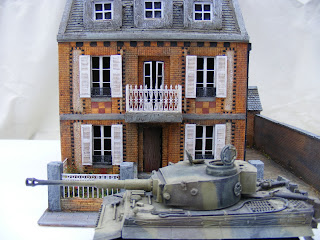 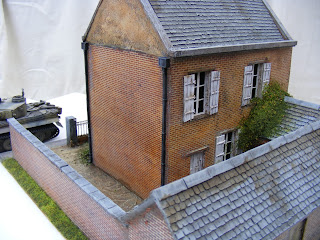 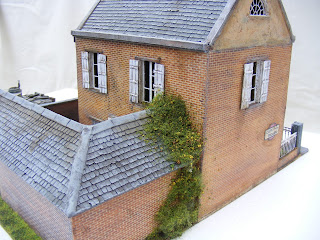 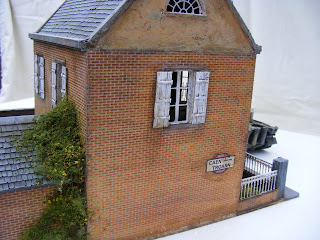 This second batch is of the 'island' of houses. You can see the telephone wires, the street lights as well as a few house numbers and street names. 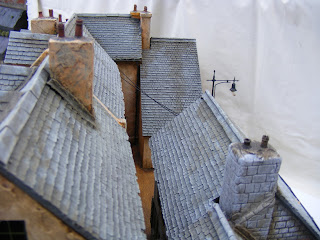 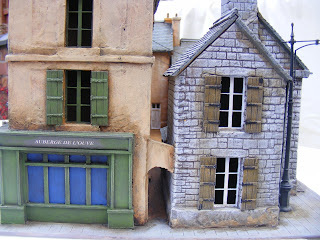 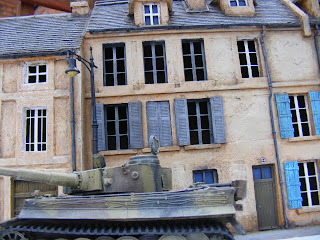 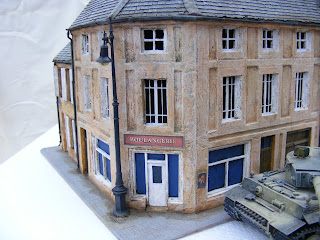 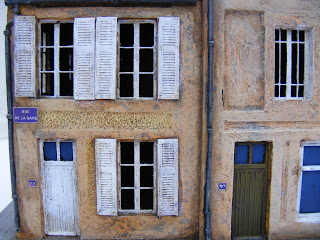 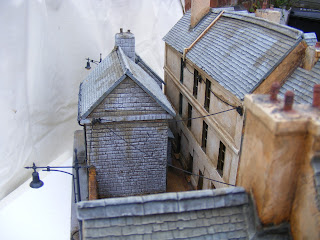 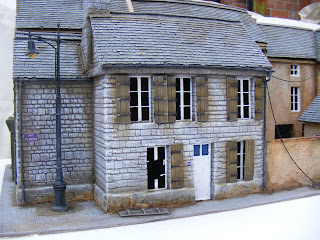 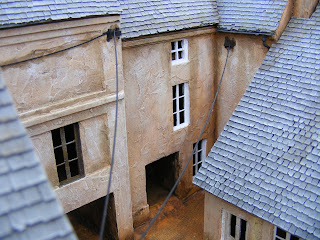 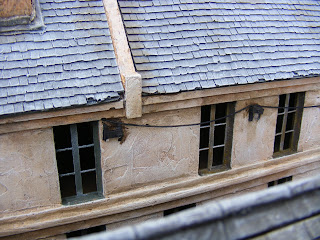 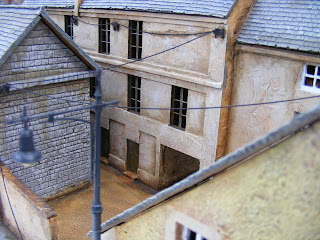 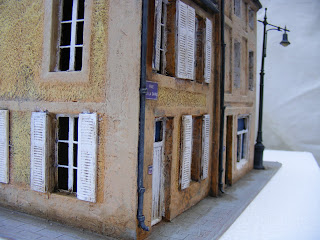 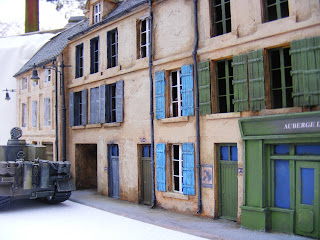 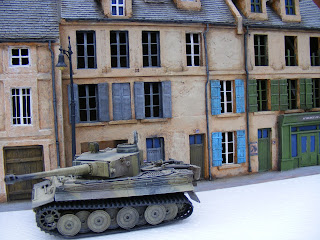 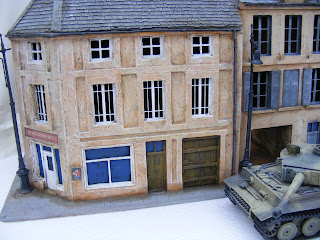 This is the end of the first part of this Normandy project. Now these two pieces have been built we can now decide what to do next. I won't be adding to it for a couple of months though but when I do you will see progress here.