This is a slightly different post in that this is a project I have done for me-which is a rare think indeed!
Dreadball was bought for me for Christmas and I have thoroughly enjoyed the game. Salute saw the release, by  Amera Plastics, of a Dreadball arena. I couldn't resist so here it is.
It comes in plain white plastic so it needs to be washed and then primed in white.
I then stuck it down onto a base board that is big enough to add dice trays and card slots which was a bonus.
I have a number of teams so rather than painting it in a team colour I went for a deep blue that looks like the blue in the Dreadball logo. Two cans of car paint later it was covered. 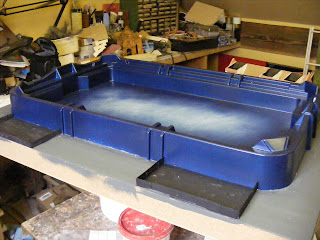 The final touch was to have a stadium sign laser cut. Andy Slater did a great job re creating the Dreadball logo and I went for the Ortiz name as that is supposed to be the guy who invented the game. 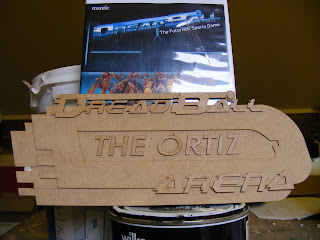 I then painted the board and had my first game of it last week. Here are some photos of it finished. 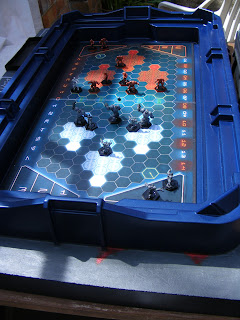 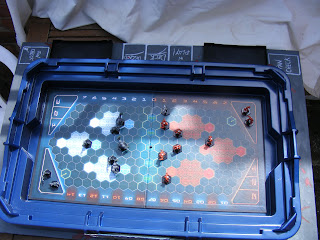 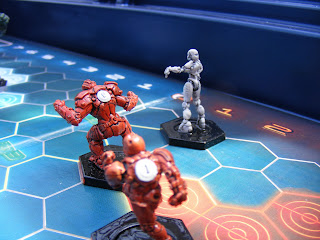 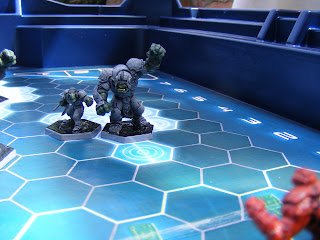 In the end I went for a metallic look with the board. I think it looks OK- although I have had a couple of comments about adding some lights to it. If I have learnt only one thing as a full time model maker is that I know when it is time to stop!
Finally, I now have a Facebook page so follow the link to take a look. The plan is to use it to post regular updates on projects I am working on (probably daily), highlighting events that my terrain is involved with such as shows, any general information about TMTerrain and highlighting any useful products I come across. If I can keep to this list I hope it will be seen as a useful page to like.