As the Partizan show is here this Sunday and we will be bringing the ECW game that was at Salute on the day I thought it would be an opportunity to give it a bit of back ground and post lots of pictures of it. 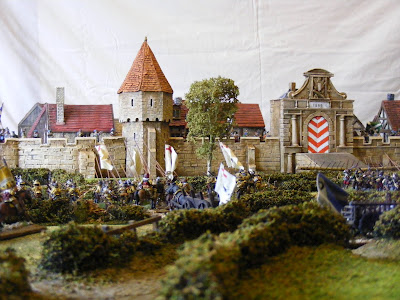 I was commissioned to make the board later last summer but the story began just before when my customer won an ebay auction!
He did well and won an old set of city walls scratch built by the great Ian Weekly. These were nearly 30 years old so I was asked to tidy them up and paint them in a sand stone finish as you can see in the above picture. I was thrilled to be asked as Ian's work inspired me to start model making and to work on one of his pieces was a real honour.
As all wargamers know, projects can 'grow' and this is what happened here- before we knew it, the walls were surrounded by picturesque English countryside. 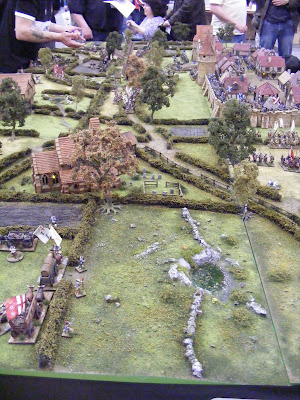 The table ended up being 14 feet long and 6 feet wide. The only completely level piece of ground is in the town and the rolling landscape is full of hedges, roads, fields, water, trees and buildings. It was a delight to make and the results were spectacular. 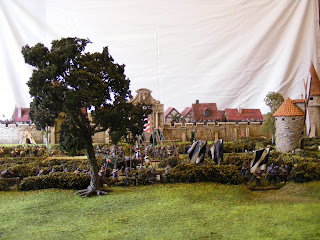 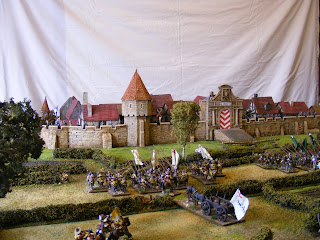 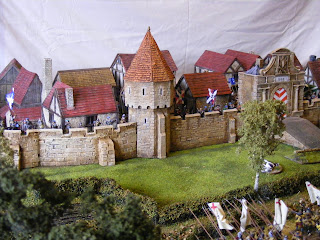 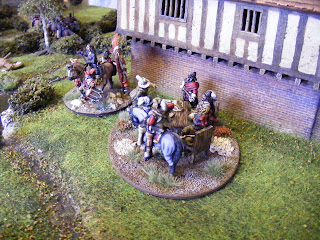 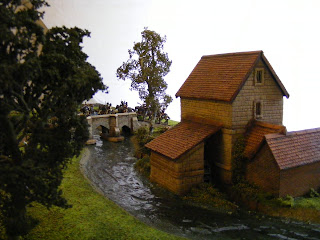 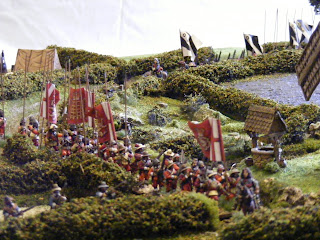 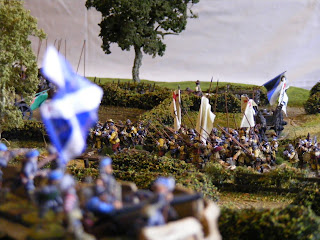 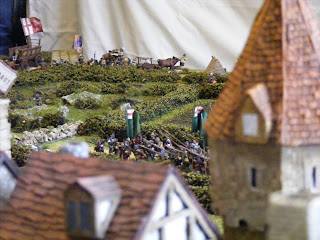 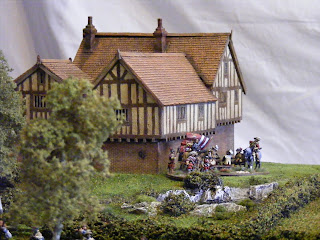