I wrote ages ago about the start of a 15mm Arnhem project. I have now pretty much finished it and I got so engrossed in it that I hardly did any in progress photography and stuff but I do have a few so here goes. I thought updating on a 15mm project in conjunction with the release, this week, of Too Fat Lardies I Ain't Been Shot Mum WW2 company level rules. I will be using 15mm figures with them so here is a 15mm project!
This project involves making 5 buildings for the Market Garden campaign. The original commission was for 4 but another has been added since. The original 4 are listed in part one of this project but the new building was used by the Germans as an observation post in Nijmegan in a place called Hunner park. It looks an interesting brick built building that I will cover in more detail another time as I have only just started it.

The other buildings are a real mix of model making challenge. The biggest challenge was St Walburgis Church. 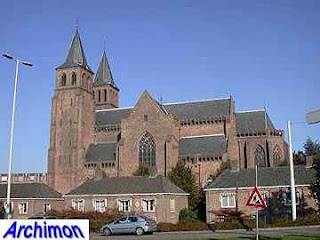 You can see from the photo that it is a complicated building with all the roof levels and windows.
I had had the windows made so now I just designed it to fit the windows and started off with the usual sketch
The structure was made from 5mm thick foam board. The church was so tall that it was impractical to put figures inside it so I was able to brace the walls very well with lots of internal supports. Foam board is very strong so it soon became a very tough model.


Once that had dried over night I was able to clad it all in brick embossed plasticard. The only large area was at the front so the rest was lots of small bits so it took ages. Once that was done I added buttresses and other small details. I don't have any photos from now until finished so I will quickly skip over the last of the build. I added a ruined tower spire and burnt out main roof. I then painted it and tried to keep it lighter than in the photos to give it a lift and then finally based it and added a couple of small buildings around it. The church ended up being 40 cm long, 25cm wide and about 35cm high. Hopefully it will tower over the playing surface just like the real church towers over Arnhem. 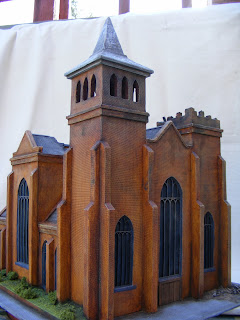 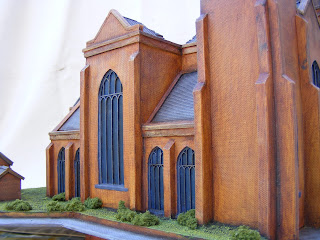 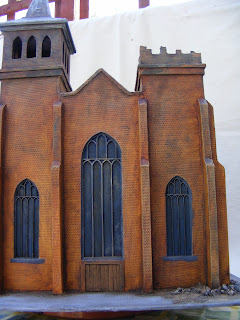 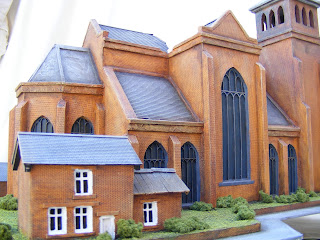 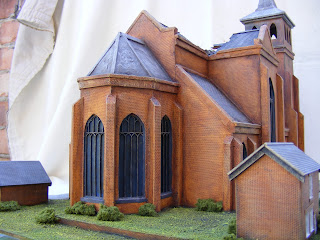 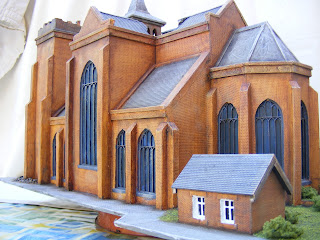 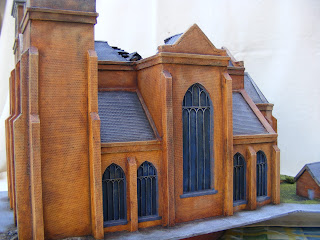 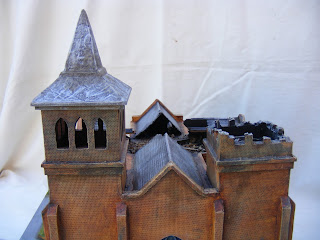 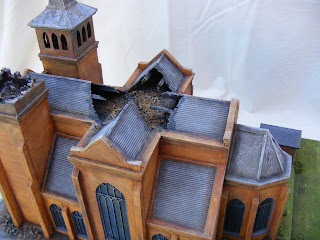 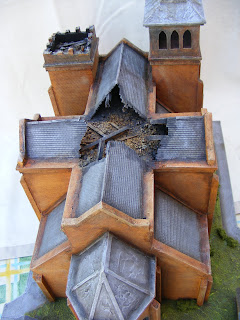 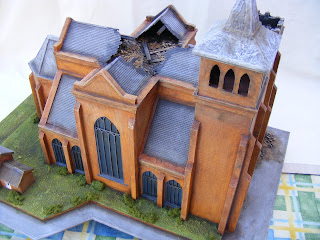 I was very pleased with the windows. They were my first trip into laser cutting and they worked really well.
I will try to cover the other 3 buildings tomorrow evening.
Posted by David at 13:57