I said last week that I would have more photos of the factories including an even bigger one. I have finally got round to the photography (I photograph outside using natural light and it has been a bit of a challenge to find a gap in the rain to do the camera work).
I thought I would also add a bit more detail on the models.
There are three in total so far, two of which have already been photographed but I thought I would show them again just for continuity.
The smallest one is the one story white factory unit: 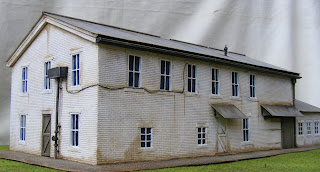 This model has a footprint of 20" long and 8" wide and is 7" high at the roof apex.
The smaller of the red brick factories: 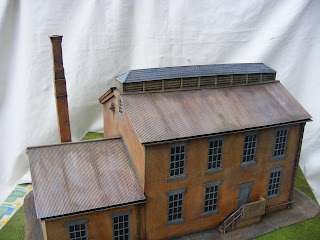 This factory has a similar footprint to the white building- 20"x9" but is 10" high to the top of the vent on the roof and the chimney is just over 12" tall.

The third factory is the biggest with an area covering 21"x 18" and is over 12" at its highest point. 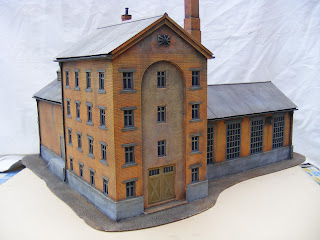 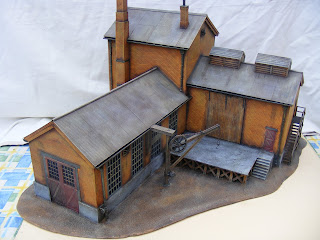 The windows are all resin but I think when I do it again I will get them laser cut. The crane in at the rear of the factory comes from Skytrex's range of O gauge railway. They do a number of different ones and are well worth the money- it adds that special bit of detail that you would be very tricky to scratch build.
The rest of it was built in a similar way to the other units. The walls are embossed plasticard stuck onto a framework made from foam board. The roof is also embossed plasticard, to look like corrugated iron sheets.
The brickwork was painted using a raw sienna base and then washed in burnt umber followed by another wash of black. More washes may be needed after this depending on the look you are after. I then dry brush with a cream just to highlight the bricks and blend everything together. The final touch is to add water streaks and damp patches using raw umber and black if you are looking for a less subtle effect. 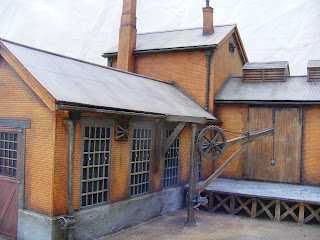 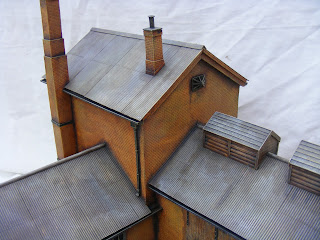 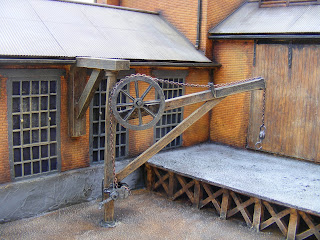 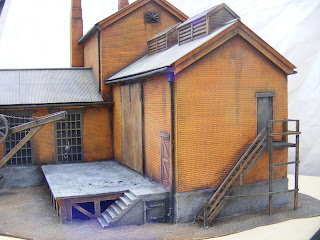 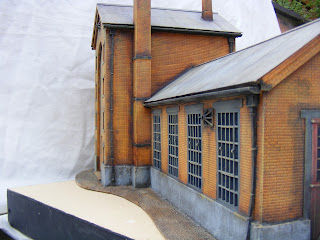 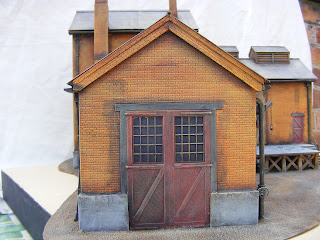 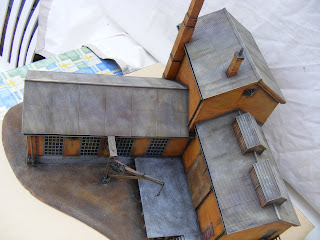 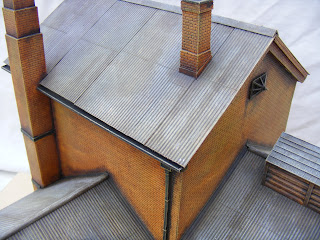 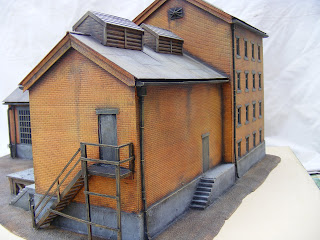 I have also taken a few shots of the buildings together. I was very short of space so not the greatest but they give you an idea of how they look together. 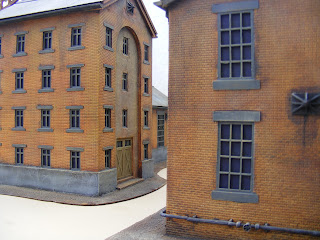 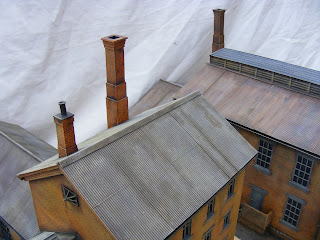 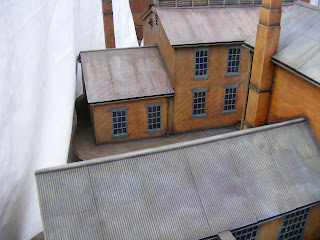 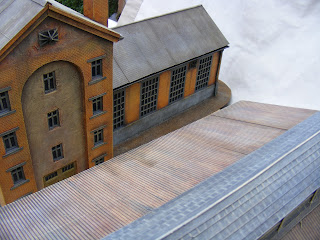 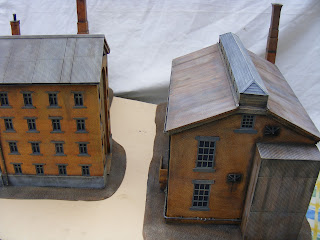 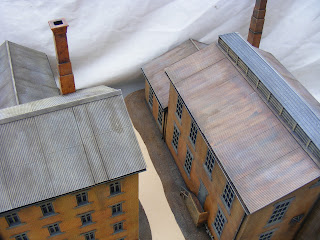 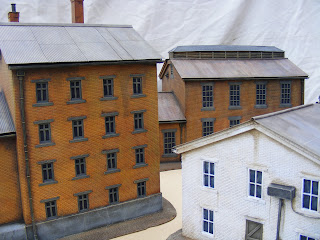 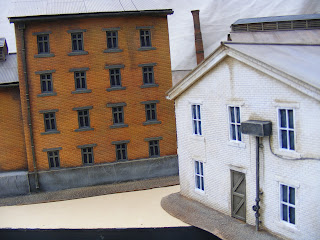 That is it for this project for a few weeks. I do still have quite a few more buildings to make but these are the biggest. There will be more updates when I have built a few more.