This is an exciting and time sensitive commission. I have to get Pegasus bridge and its surroundings done and delivered for a re fight on 6th June- 68 years to the day of the real action.
The finished board is to be 8 feet long and 4 feet wide with Pegasus bridge as the centre piece but with the river bridge as well along with room for a German counter attack. 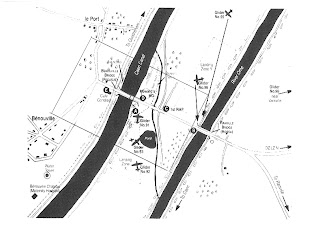 This was the original map I was working to but it seemed the right thing to do to extend it to take into account the Orne river bridge.
In 28mm, it is impossible to do more than just a few buildings to represent any built up areas so we decided on just 3 in the end. I had no choice but to make Cafe Gondaree 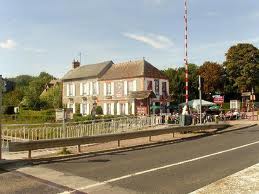 This is such a well known landmark for anyone who has an interest in the D Day landings that it would be a crime to leave it off.
The other buildings were harder to decide on but in the end I went for these two: 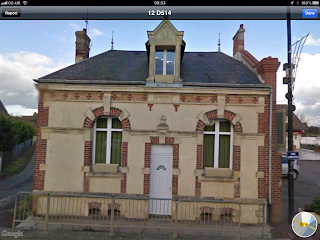 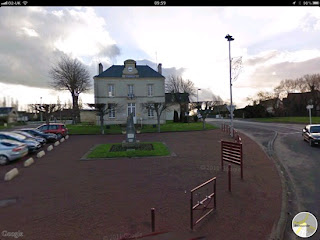 Both buildings are still there (these images come from Google maps) but they were both around during the fighting so in the end were obvious choices.

I may find that once I have layed out the table then there may be room for more structures but I doubt it.
The two bridges are very functional bridges but I love them. Pegasus bridge itself is just a straight forward iron girder lifting bridge but I just love looking at it.

This is a photo of the bridge as it was in 1944. Since then, a new bridge has replaced it and the original has been moved to the museum just to the right of where this photo was taken.
The Orne river bridge is less complicated but has an interesting girder pattern supporting the road way. I am getting this laser cut as the more precise I can do it the better. 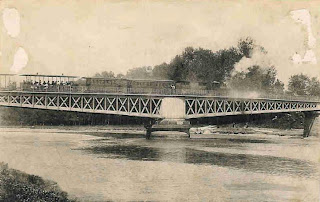 The rest of the landscape will be planned as I go although the river bank will be raised a little and the final board must be suitable for it to go to wargaming shows with participation games run on it- so robust but eye catching.

To finish off this first post covering the development of this project, here is the promotional leaflet the club has designed: 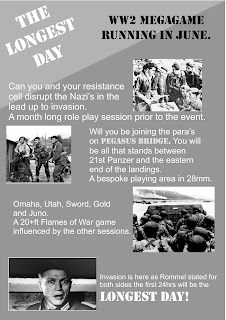 I expect another 2 or 3 posts to cover the project with a final one full of photos from the game itself.
Posted by David at 14:16