The second ACW diorama I talked about yesterday is more involved with lots more going on. This diorama has a river being crossed by charging Confederate infantry being supported across a stone bridge by some cavalry. The Union infantry are gallantly trying to counter charge across the river while defending a fence line against the marauding cavalry. 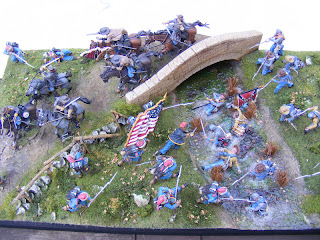 The board is 18mm thick mdf and is 60cm long and 30cm deep so I ended up squeezing alot on a small space. I think it made it more entertaining to look at and maybe more lifelike? 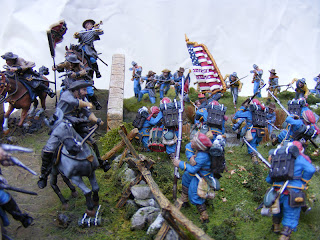 The stone bridge was made from Daz Pronto coated foam board which when dry is carved with the stone pattern. There wasn't enough room to have the whole bridge so I designed it to disappear off the edge of the board leaving it up to my customers imagination as to what was still to come up the road. 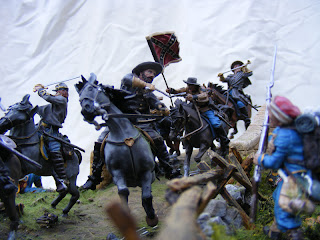 The fencing I have cast- the wooden split poles are metal and look pretty effective as split logs. The piles of stone is just gravel I picked up on my travels- probably by the side of the road somewhere!

I consider the most eye catching piece of the layout is the water. I didn't want to make it smooth as there are loads of men running through it so I had to make it churned up with splashes etc around the figures. 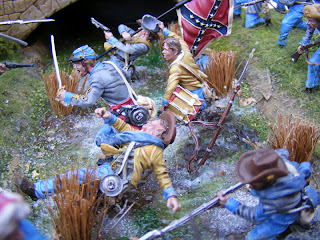 I think I got the effect I was looking for and I thought the spinning rifle half out of the water was a good touch.I remember I didn't make the river very deep so to give the effect of depth I had to cut some of the legs down on the figures- always a nervy time- The Confederate standard bearer looks like he is standing in about2 feet of water (about 2 cm in scale) but the model is really in about 5mm of depth. 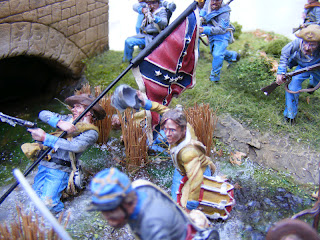 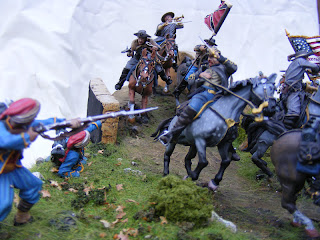 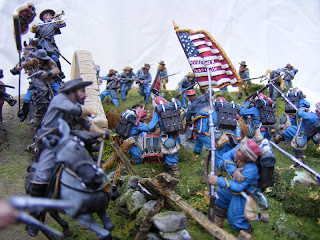 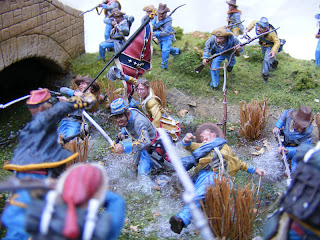 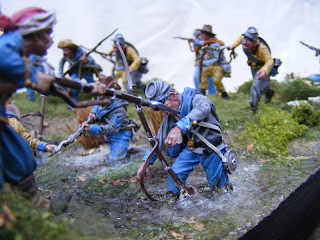 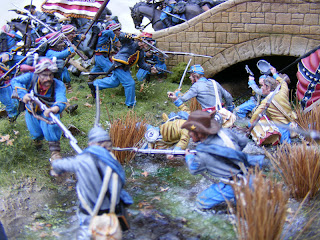 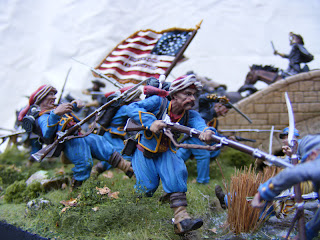 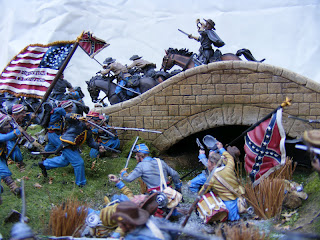 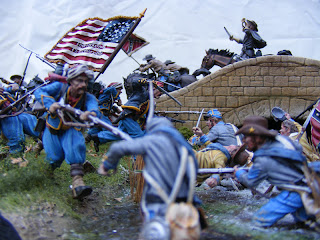 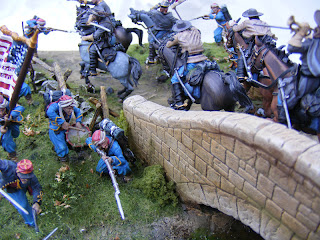 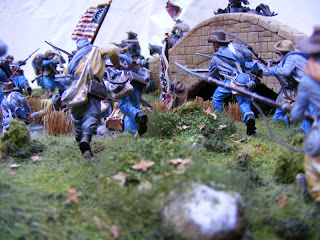 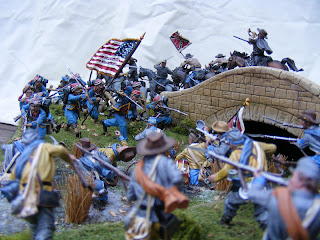 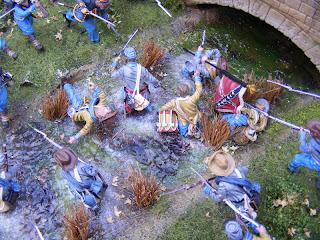 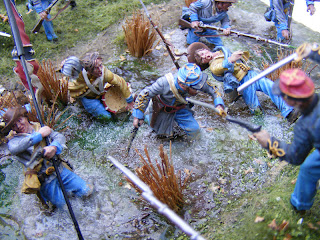 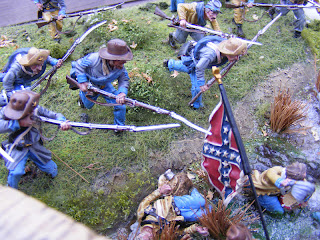 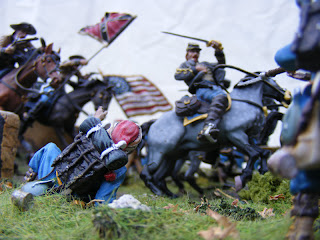 That is it for now with this series of dioramas with the figures built in.