This is a follow up to the post last week concentrating on displays I had done using W Britains figures. This post is about a similar process but using Collectors Showcase American Civil War figures. Both these displays that I cover here are for the same customer. They are both the same sort of size- 60cm long and 30cm wide. The figures are about 60mm tall so it gives you an idea what is involved.

These were both great to make as all the figures are in position so I can do as much texturing of the groundwork without worrying about where a figure will stand. I did this one about a year before the next one so I learnt a few things and I think it shows. 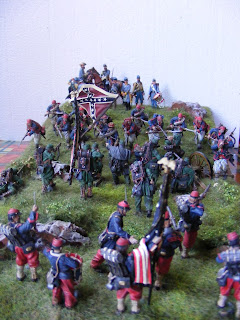 This layout has the Confederate High command overlooking a charge down the hill into a Union skirmish line full of Sharpshooters and Zourves.
There is a ruined cannon in the scene but rather than wasting a good Collectors showcase metal piece I found a cheap plastic model, painted it and knocked it around abit and it worked fine. 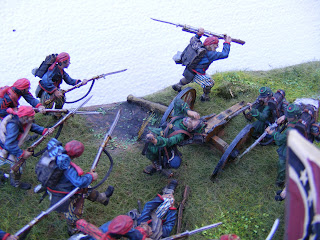 I used various flocks and underbrush effects. I have a static flock applicator that makes the long flock pieces stick up just like grass so gives very good effects- ideal for these sort of layouts. It was an expensive piece of kit but worth it if you are doing alot of that sort of thing.

The figures are all from the Collectors Showcase range of ACW figures. I did this diorama quite a while ago now so all the figures have sold out but I used them straight out of the box with no modifications or repainting. I hope I displayed them to tell a good story. 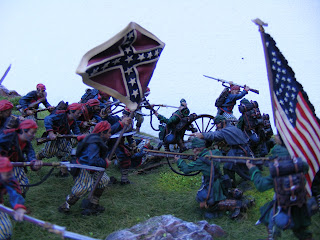 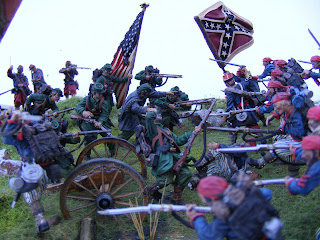 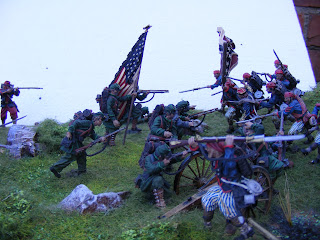 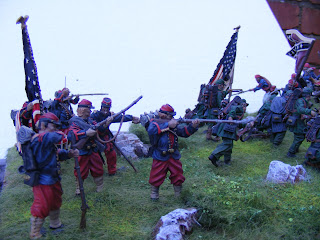 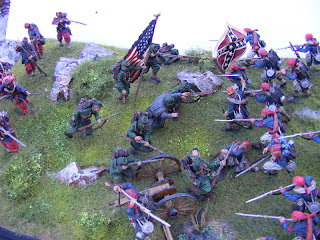 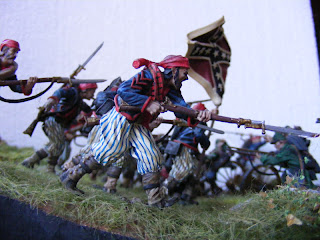 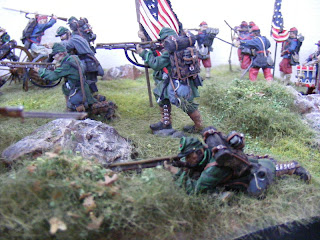 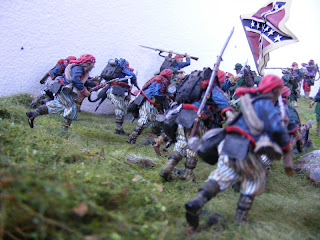 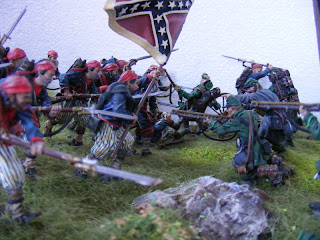 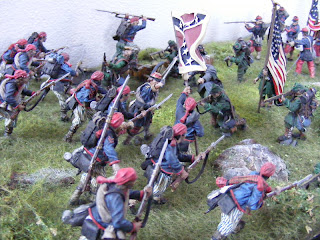 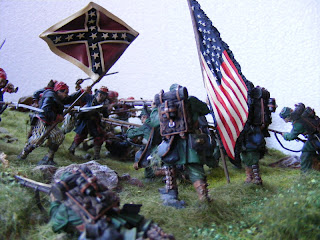 The rocks are plaster casts from the Woodland Scenic range of rock molds. I use them all the time.

Looking at the number of photos I have included of the first dio, I will leave this post as it is and do another to cover the second layout I mentioned earlier. I will try to post that one tomorrow.